In early September, three of our shop team (and Ben the dog), headed out on the hills to put our new season gear to the test.  We decided to stay local to our shop and explore all the wonders that the Langdale Valley had to offer.  Joined by local photographer, John Shedwick, we aimed to capture the technical performance of our newest clothing and equipment ranges in exactly the sort of places they were designed to be used, whilst also showing off the bold seasonal colour palettes. 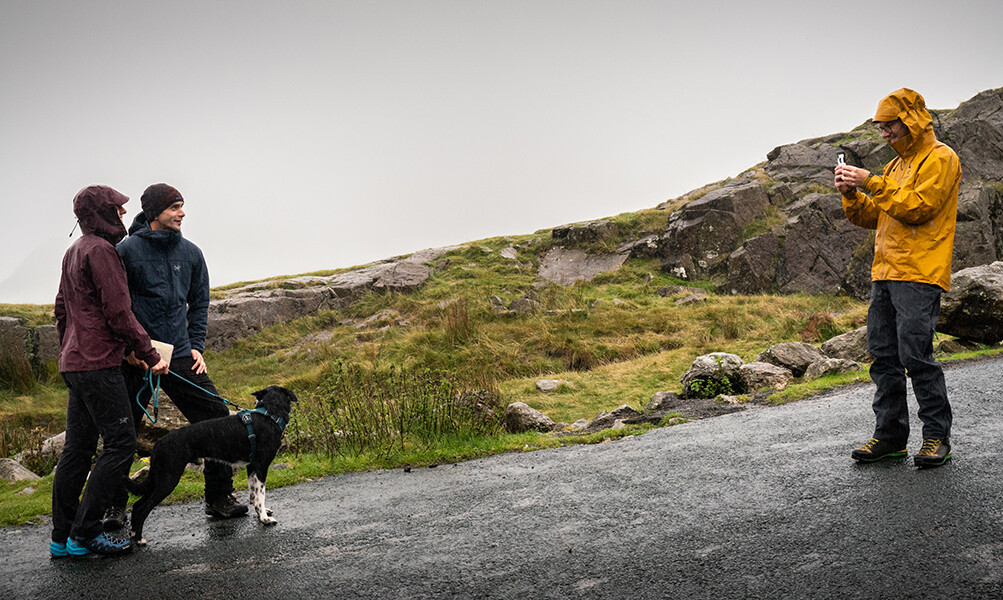 Brand wise, we had all the usual suspects.  Patagonia, Arc’teryx and Mountain Equipment offered up insulation and shells, with base layers from icebreaker, packs from Osprey, boots from Keen and all things running from On Running.  Our newest mountain brand, Salewa, provided a full range of clothing, footwear and equipment was a strong favourite amongst the team. 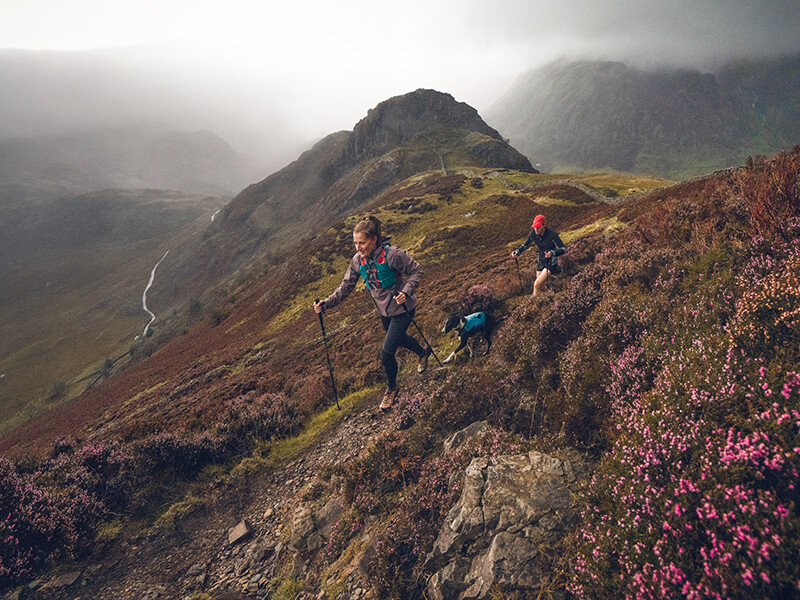 We began the first day at Blea Tarn. Through our partnership with The Brimstone Hotel, we were lucky enough to have use of their Land Rover for some beautiful shots.  The weather was overcast but the sun looked like it was trying to break through, so we focused on some trail running shots before heading up Side Pike via Fat Man’s Agony. 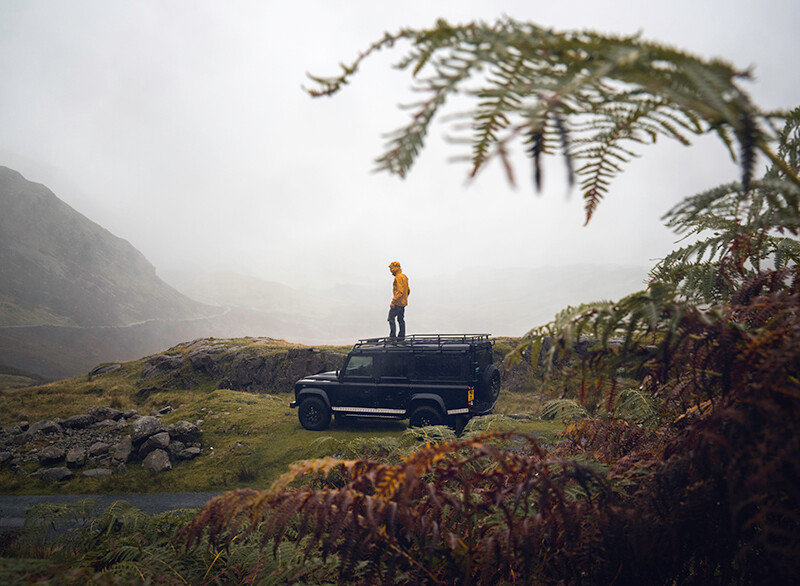 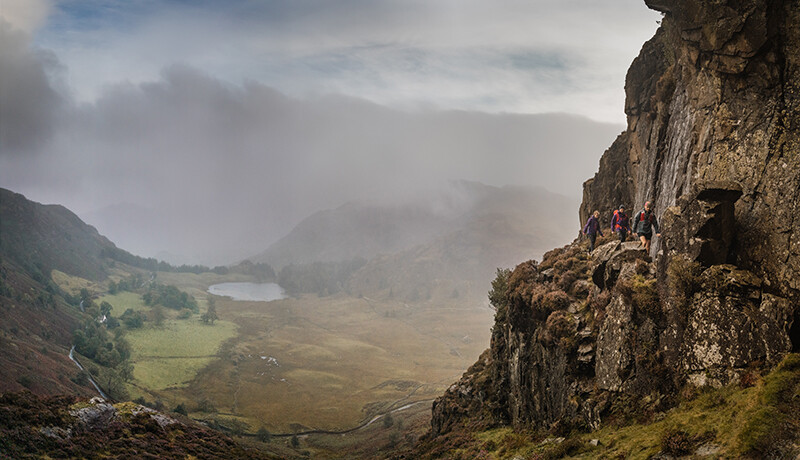 The second day called for an early start with the hopes of capturing sunrise at the top of Crinkle crags. Unfortunately, (or not depending on your attitude) the sun didn’t make an appearance once all day. Instead we were left with thick fog and sideways wind making for low visibility but some very atmospheric imagery.  Our waterproofs were put to the test in the endless rain and it’s a testament to their performance that we all stayed in good spirits the entire day.  The steep descent via Hell Gill made for some incredible waterfall shots and even allowed for a quick dip in the icy waters. 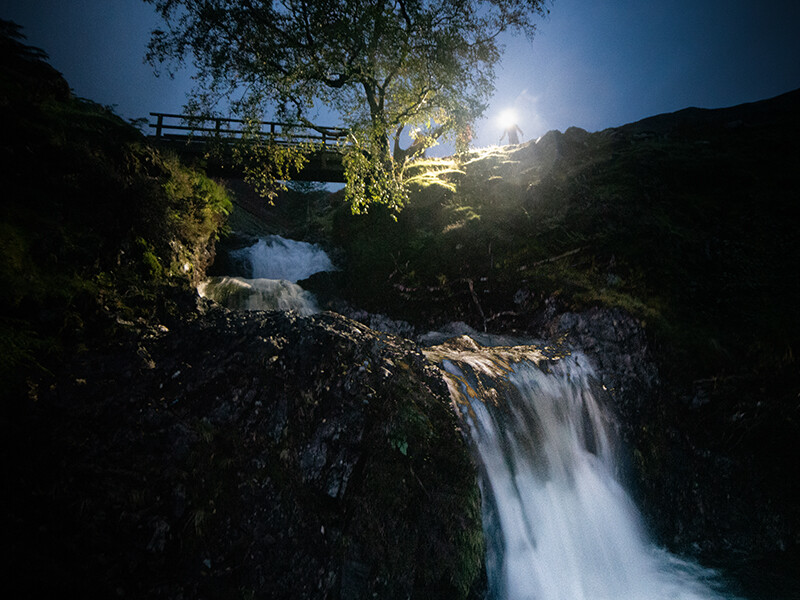 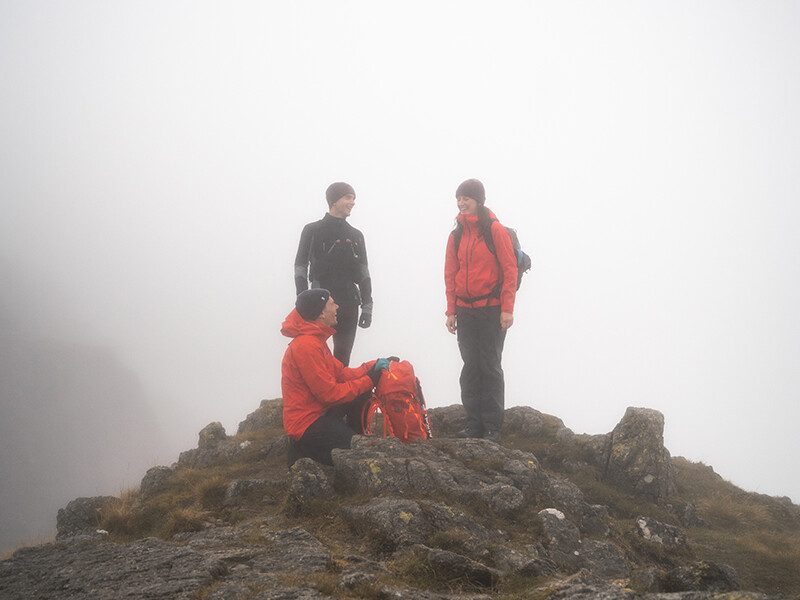 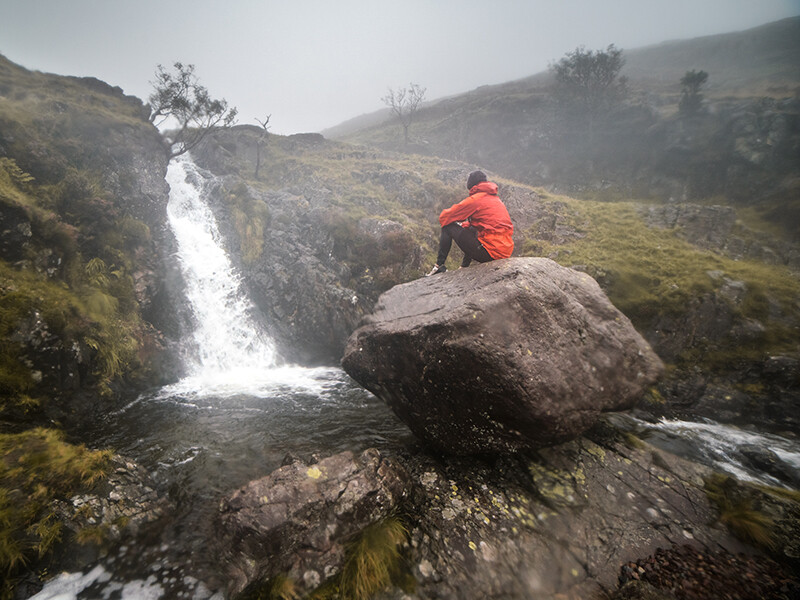 On our final day the sun finally made an appearance. We headed out from Elterwater towards the Cathedral Caves and Hodge Close Quarry for a lovely low level walk that allowed plenty of time for exploration and views.  We ended the day at The Brimstone’s Stove Restaurant for some well-earned pizza and drinks around the fire. 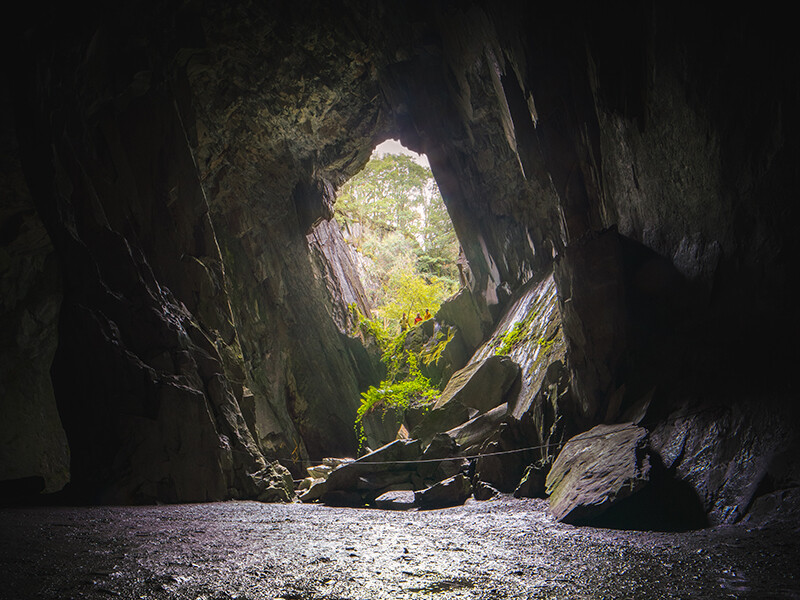 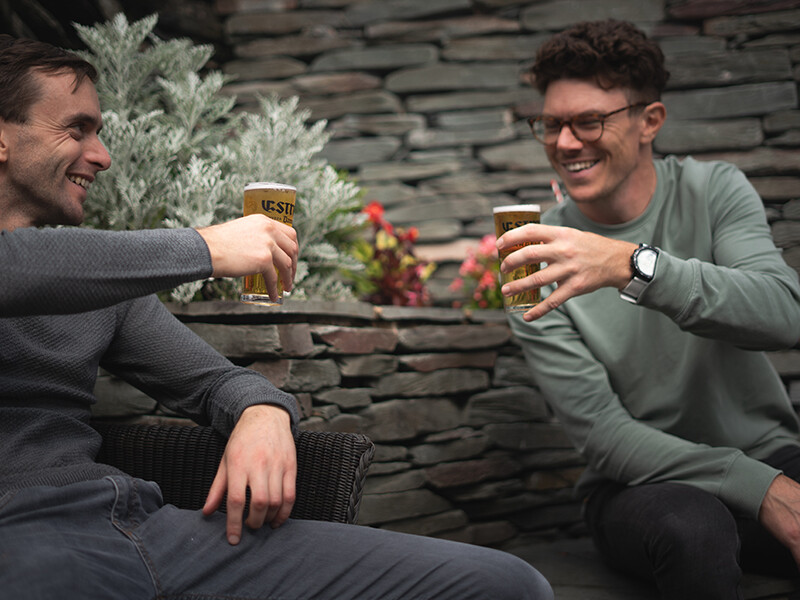